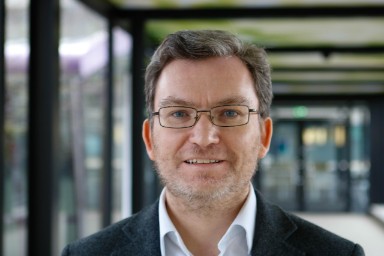 Radboud University and the public library join forces to offer international students, expats, and other cultural-minded people a series of lectures in English. We bring the lecturers of the university to the library to share their knowledge with you! In Beyond the Book literature and culture is central, but we also go beyond it, for example by linking artworks to current issues or by opening a conversation on themes raised in historical texts that touch on contemporary debates.

In his talk for the Beyond the Book series, Chris Louttit will be analysing the cultural and political uses of the famous Victorian novelist Charles Dickens during the height of the COVID 19 lockdowns in the UK in the autumn and winter of 2020-21. There is a long history of describing aspects of British society and culture as ‘Dickensian’. Perhaps the best-known of these internationally, and certainly in the Netherlands, is the connection between Dickens and the concept of cosy Christmas cheer and festivity. Louttit will explore the way in which the term Dickensian has come to be associated with a much darker social vision. In various forms of political discourse during this timeframe, in fact, from the words of politicians and policy makers themselves, to newspaper reports, satirical radio comedy and satirical cartoons, the Conservative government, and its failings in response to child hunger in particular, increasingly came to be defined in Dickensian terms.

Chris Louttit is Assistant Professor of English Literature. His research focuses on Victorian fiction and its afterlives, and he has particular interests in the work of Charles Dickens, Elizabeth Gaskell, Mary Elizabeth Braddon and Henry Mayhew. His publications explore two unifying themes: the relationship between fiction and popular culture from the Victorian period to the present day, and the interaction of Victorian literature with other media, especially illustrations and film and television adaptations.